Conference in Borana organised by TEC students and staff 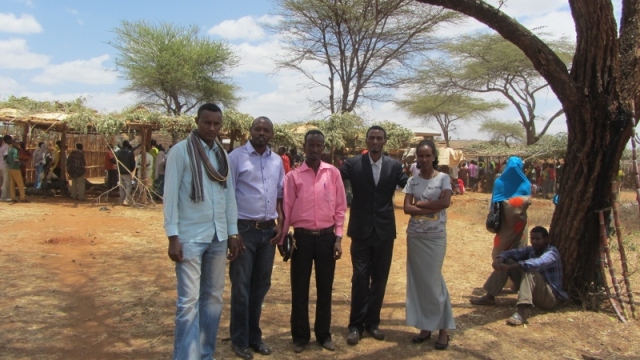 Students and staff from TEC conducted a conference at Haro Bakke in the Borana area last weekend.  Many people came to attend the conference to join in the singing, praying and listening to preaching.

The people were eager to hear the gospel, and several decided to start follow the Lord.There was also a focus on bringing the gospel to the neighboring people of the Borana, namely the Garri people. TEC wants to encourage the church in the south to bring the gospel further!

For the staff and students at TEC, participating in conferences like this is a great opportunity to practice some of the things they teach and learn at the College. It is also important to strengthen the relationships with the parishes and congregations in the synods served by TEC. Finally it is also a great learning experience to conduct such a conference. Below you can see more pictures and read some reflections from the TEC students and teacher. 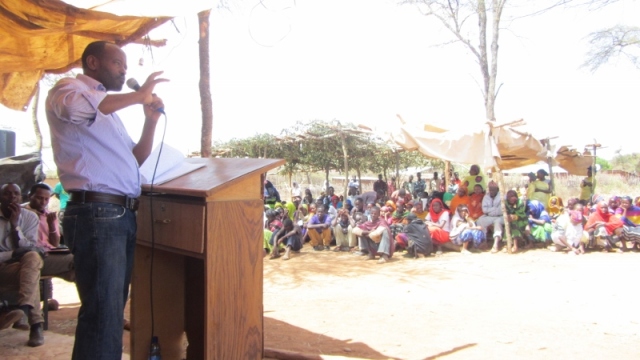 “We had a good time at the conference. I was renewed by the worship, and I did sense the presence of God there from the beginning. People were very excited and open to receive the word of God and I saw the power of God powerfully demonstrated. Satan was shouting from possessed people and left them quickly, sick people were also healed and some new people came to faith in Christ. Our preaching in their context and the songs in Borana dialect, reached the depths of their hearts. They were responding to that by saying “Amen, Alleluia,” clapping their hands and so on. People were there all the time, from the first day of the meeting until the last day. Thus, the Borana people are turning to God rather than sticking to their own culture and tradition” -Solomon Y. Wako, MD Teacher and Preacher. 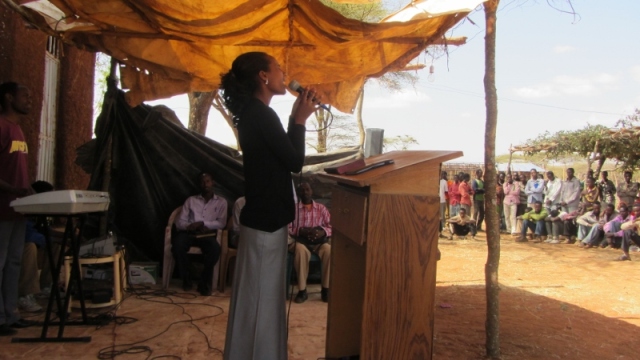 “The gospel was preached, relating to the Boranas own setting, communicated in ways that were understandable and sensible to the local Borana people. I saw many gifted people who were serving God with different gifts and I am thankful for what God is doing there. Finally, I want to emphasize that a lot of people who came to that meeting were encouraged, blessed and inspired by the preaching and worshiping.” -Sule Garbole, TEC MD Student & Singer.

“My own view regarding the Haro Bakke conference, is that it was among one of the best meetings I have ever participated in. I observed God`s power that was working powerfully among the marginalized pastoralist Boranas. There was healing, exorcism, new converts and a lot of people were encouraged and inspired by the preaching of the word of God.”

“My observation regarding the meetings which lasted for three days is that it was a good conference where around one thousand people gathered and were blessed by the presence of God and with all the singing and preaching. I was surprised to see so many people gathered, especially in the dry season when we do not actually expect so many to come. In the meetings we did also pray for the rain to come and it actually started raining the day after the conference. Thus, God is indeed listening to our prayers and every one`s prayer when someone is bringing a matter unto Him.”

“The conference was good. The preaching and lectures were good. The time of prayer and singing was great. People were interested and enjoyed the singing, praying and preaching. They sat on the ground in the dust for many hours to take part in the conference. People were set free from demons and got healed during the conference”. 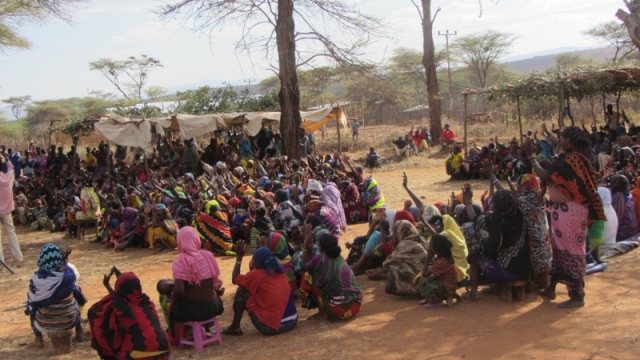